Through robotics and community outreach to elementary, middle and high schools in central Louisiana, LSU of Alexandria, or LSUA, is increasing access to careers in science, technology, engineering and math, or STEM, for a growing number of students, including at underserved schools. For many, robotics is their first experience with machine learning and AI.

“In my 26 years as a teacher, this has been one of the most rewarding things I’ve ever done,” said Ashley Beaubouef of JI Barron Elementary in Pineville, Louisiana as she stood surrounded by her own and other students on the LSUA campus last spring and the robots they’d built picked up balls and threw them, mostly successfully, into goals. “I’m really an ESL teacher—English as a second language—but LSUA has been a great resource for us to get started with robotics even if we don’t have a dedicated robotics teacher. Last summer, LSUA students even came out and helped me set up the field where we practice driving the robots.”

As the COVID-19 pandemic challenged hands-on instruction in Louisiana schools, LSUA expanded its mentorship role to keep students engaged in robotics, including at schools unable to afford or organize their own programs. Hosting three state championships in 2021 and four in 2022, LSUA welcomed 64 and 108 teams, respectively, from across the state, including from JI Barron. 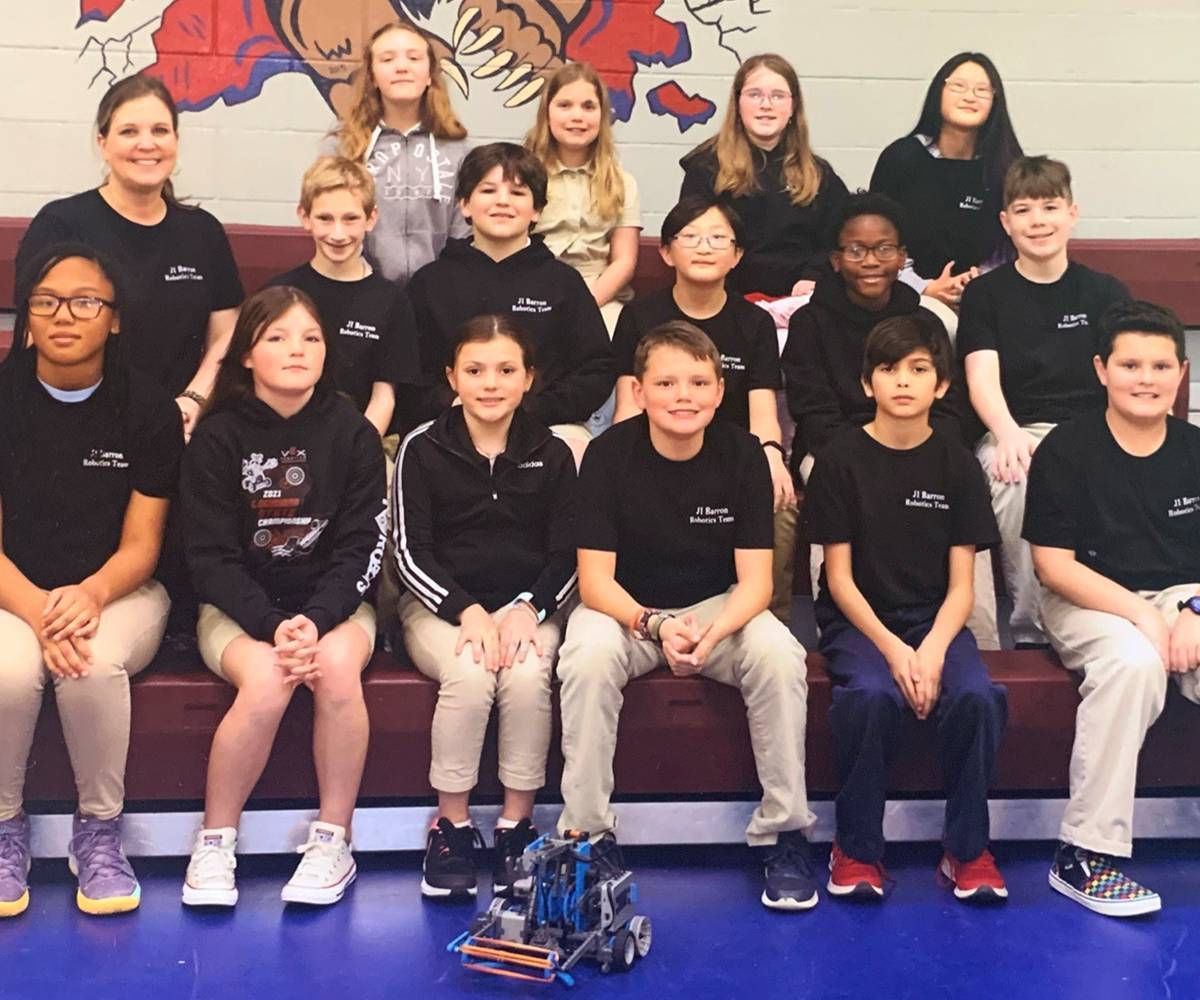 Ashley Beaubouef (top left) and her robotics team at JI Barron Elementary in Pineville, Louisiana. As an ESL (English as a second language) teacher, Beaubouef appreciates the mentorship and support she’s received from LSUA to get her students involved in engineering.

JI Barron enrolls students from pre-K through sixth grade. Their after-school robotics program is mainly geared toward students in fifth and sixth grade who can build the same robots and play the same games as middle schoolers—there’s some overlap between the different tracks, which can engage students in robotics from elementary school through college . This spring, Beaubouef reached out to all 125 of her school’s fourth graders to see who would be joining her team this fall.

“I’ve never cut anybody,” Beaubouef said. “If they’re interested, I know they’ll give it their all.”

This is JI Barron’s third year doing robotics with LSUA as a mentor. While Beaubouef mainly focused on helping her students build and drive robots the first two years, she is now expanding her program more into coding while also keeping a detailed engineering notebook.

“The notebook is a big part,” Beaubouef said. “As with any kind of engineering, they need to document every step. ‘This didn’t work, so we need to change this…’ They can always go back and try again. Beyond the immediate benefit of learning to engineer, I think these are important life skills that will carry them through jobs, relationships, and just life.”

LSUA’s robotics program and outreach effort is led by Assistant Professor of Computer Science Tanya Lueder. Aside from helping with the college-level robotics team, she leads teams on the elementary, middle and high school levels in partnership with several surrounding schools. 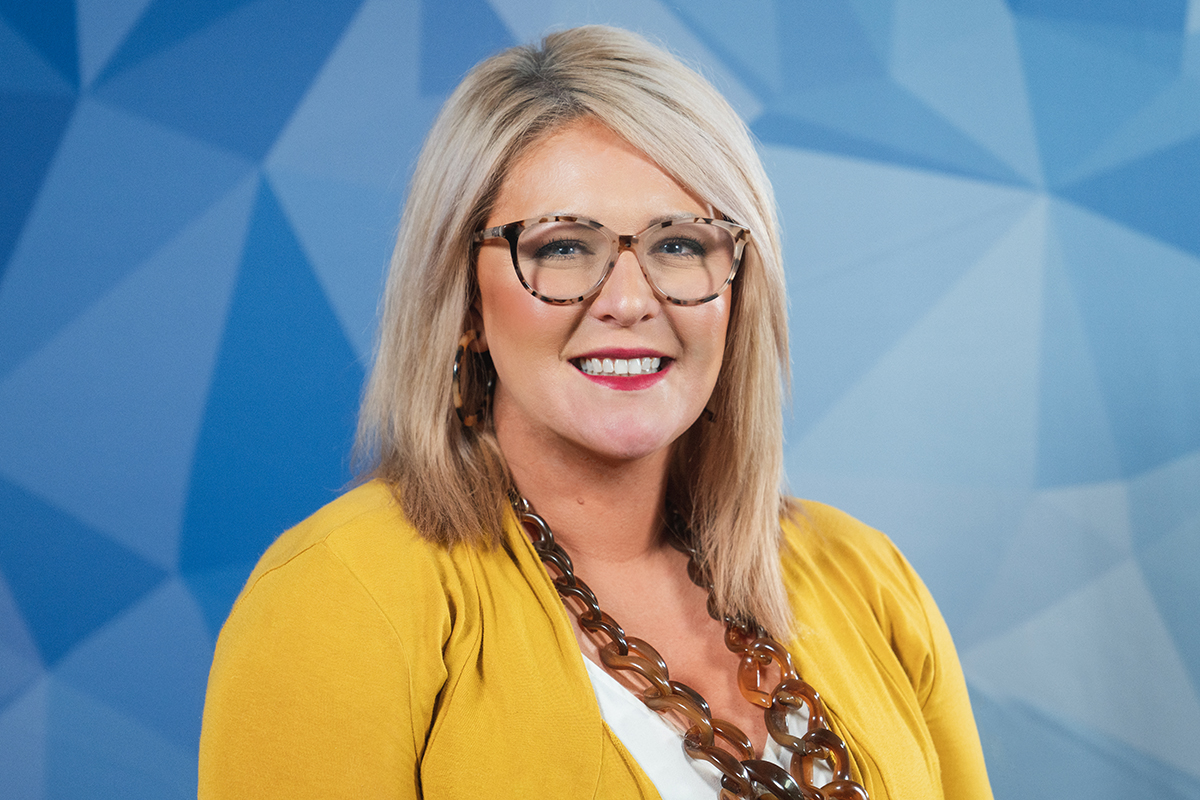 Sarah Sasser is director of talent management at Crest Industries in Pineville, which actively has been supporting LSUA’s efforts to involve area schools and students of all ages in robotics.

“Our first year, we started with two teams, but had to bump it to four teams with students from the community because so many schools said, ‘We can’t have teams this year, can you take ours?’” Lueder said. “They come after school and on the weekends, and we typically meet on Sundays. Some schools, I might not pull more than one or two students, but we try to help all schools and offer training and mentorship to teachers who are interested in becoming robotics coaches and in leading their own teams.”

Crest Industries, a Louisiana company based in Pineville that specializes in electric power delivery, industrial services, distribution and natural resources, has been actively supporting LSUA’s efforts to involve area schools and students of all ages, while also sponsoring robotics programs at five elementary, middle and high schools in Rapides Parish, including JI Barron.

LSUA’s Tanya Lueder, who has a Ph.D. in math and computer science, looks at her own career as an example of how opportunities to engage early in STEM can matter greatly in the long run.

“When I was in middle school, I had the opportunity to learn math well beyond my age,” Lueder said. “So, I learned to love math because I was good at it, and although I had fewer opportunities for computer science until I got to college, I flew through those classes because I already had the basics and the confidence. Without, I would probably have floundered a little bit. But giving students this slice of engineering, programming and team building allows them to make better decisions in the future. Maybe because we are starting them early, they will become the next Steve Jobs, Bill Gates or Mark Zuckerberg.”

“Not all of our students who do robotics will go on to do computer programming and engineering, of course,” Lueder continued. “But without some start, they might not even consider those options. I think of robotics as a precursor, and whether these kids realize it or not, they’re getting experience with machine learning and artificial intelligence—programming, training and retraining a robot to work autonomously to make decisions and complete tasks. You have to start somewhere, and if we can help students across Louisiana get this start, that’s very rewarding.”

“The hands-on learning opportunities that LSUA Robotics has created for our local students are remarkable…These programs allow children greater access to the ever-changing world of STEM and build a better future for the students in our area. Our teams at Crest are happy to help spark a spirit of hard work, curiosity and innovation by supporting and amplifying these opportunities.”

Beaubouef, meanwhile, emphasizes how the skills learned in robotics quickly translate to other areas.

“I ask my kids, ‘Have you ever had a problem you couldn’t solve?’ Beaubouef said, talking about her fourth graders. “Robotics is a great way to work through issues that come up and learn to solve them collaboratively. Another thing—we’re not competing against other teams. When we go to state, we’re matched up with another team to work together to score the maximum points.”

“Also, lots of these kids would not have had an opportunity to set foot on a college campus and get on a trajectory toward engineering without robotics and LSUA,” Beaubouef continued. “Luckily, our junior high now has a robotics program that follows ours, and our high school, also, so they can potentially follow it all the way through to college.”