Three years after New Zealand’s Rodin Cars presented their wild FZERO track car, the small manufacturer has confirmed that production of the vehicle will soon commence.

The Rodin FZERO has been designed without any restrictions for road cars or race cars and aims to be the fastest car around a track. Just 27 examples are destined for the production line with the first units to be completed in 2023.

Like any proper track car, the FZERO is light. Very light. In fact, it has been constructed entirely from carbon fiber and tips the scales at a mere 698 kg (1,538 lbs). This is particularly impressive when you consider that it is 5,500 mm long (216 inches) and 2,200 mm (86.6 inches) wide. Rodin says that all of the car’s carbon fiber parts are manufactured in-house.

Powering the car is a 4.0-liter twin-turbocharged V10 built by Rodin and Neil Brown Engineering. This engine weighs just 132 kg (291 Nm) and has been designed as the lightest and most compact V10 ever built. The company says it churns out a combined 1,159 hp and 757 lb-ft (1,026 Nm) of torque with the assistance of an electric power unit, which itself is good for 174 hp. The engine revs all the way through to 10,000 rpm.

Coupled to the 4.0-liter twin-turbo V10 is an eight-speed transmission built alongside Ricardo and complete with a titanium 3D-printed case, meaning the gearbox itself weighs just 66 kg (145 lbs).

A lot of effort has also been spent to ensure that the FZERO brakes just as well as it accelerates. It has been equipped with 380 mm carbon-carbon brake discs at the front and rear, complete with six-piston front and four-piston rear titanium calipers. These brakes also offer regenerative braking for the hybrid system. A set of bespoke 18-inch OZ Racing wheels have also been developed for the car, sitting at a massive 14-inches wide at the front and 16-inches at the rear, wrapped in 300 mm wide front tires and 360 mm rear tires. 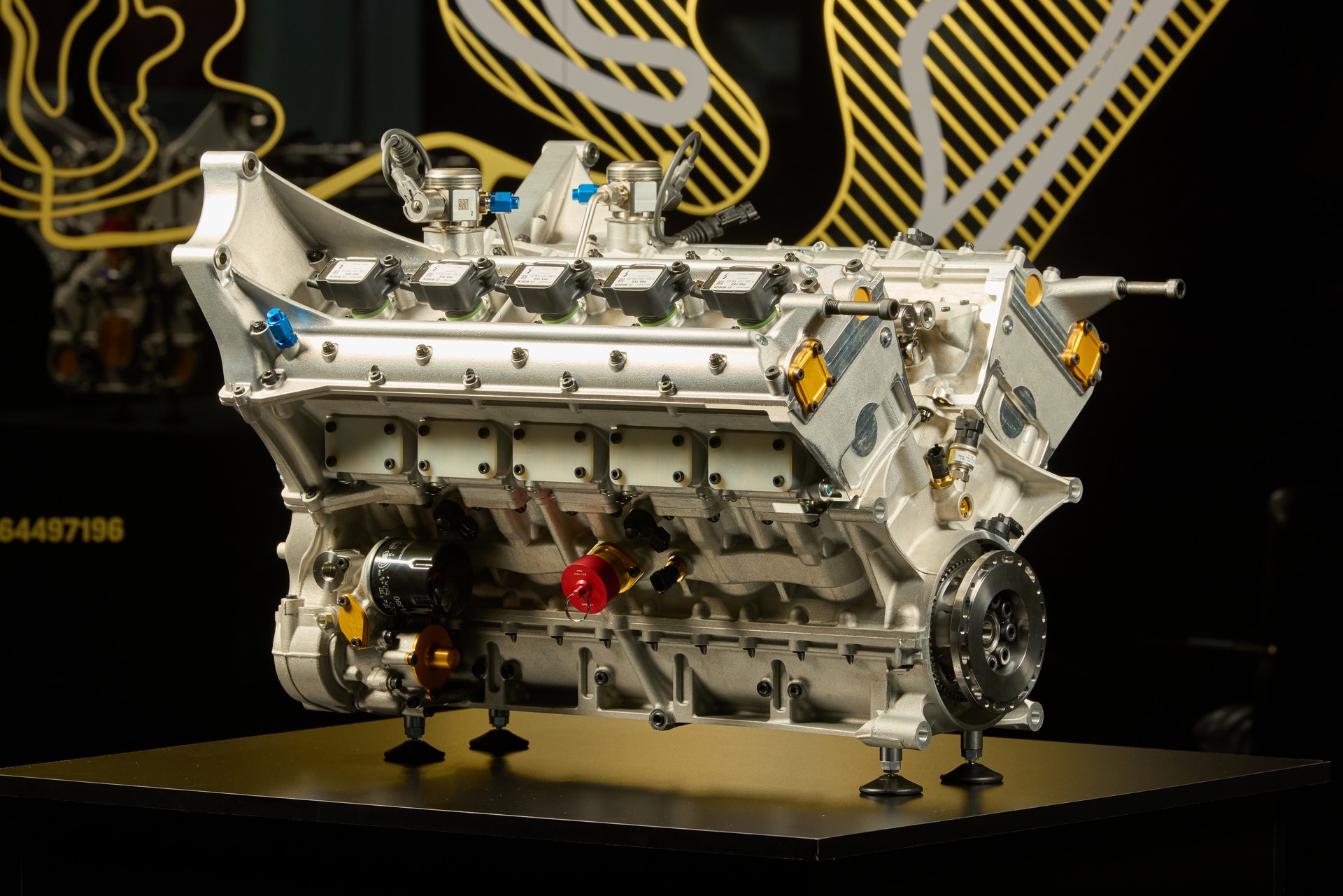 The most remarkable claim about the Rodin FZERO is that it is capable of producing up to 4,000 kg (8,818 lbs) of downforce. The car manufacturer hasn’t said at what speed it achieves this figure, but what we do know is that Rodin says the FZERO has been “engineered to lap a circuit faster than a current Grand Prix Formula 1 racer.” It is good for a claimed top speed of 360 km/h (224 mph).

“The Rodin FZERO is the physical representation of the ultimate heights in vehicle performance,” Rodin Cars founder David Dicker described. “Without the restrictions of building to a set of rules, we are able to make the car lighter, more powerful, and produce significantly more downforce. The only real restrictions we face are the laws of physics, and we have even pushed those to the absolute limit. We look forward to bringing the most intense driving experience conceivable to tracks around the world.”

Pricing details have not been announced.