I am beginning to loathe the new smugocracy of people driving or riding electric vehicles. I cannot stand the way that they are so pleased with themselves, and expect the rest of us to love them.

It is of course a good thing that people have begun to grasp that the petrol or diesel-driven motor car is the most ridiculous form of transport ever devised. These ugly lumps of metal, glass and rubber wreck the health of their users, spreading back problems and heart disease. Even after a century of road safety measures, they still kill and maim far too many people and always will.

A worrying number of their drivers are obviously drunk or drugged. They pump filth and noise into the air. They make the roads unusable by children on foot or on bicycles. They cause handsome cities to be wrecked to make way for them and they poison and scar the countryside. They make us depend on horrible despots, who sit on top of the oil reserves of the world.

I am beginning to loathe the new smugocracy of people driving or riding electric vehicles. I cannot stand the way that they are so pleased with themselves, and expect the rest of us to love them

And they are economically mad. People borrow money to buy these depreciating assets. And, having paid a fortune for them, they then leave them by the side of the road or in some hideous car park for 23 hours out of every 24.

But almost none of these problems are solved by switching to electric power. Yes, electric cars are quieter, but that only makes them more dangerous as people have come to link noise with speed. Otherwise, they continue to cause great clouds of pollution – except that it now comes from power stations instead of out of exhaust pipes.

As for the metal needed for their batteries, I have seen with my own eyes the horrible conditions in which this is grubbed out of the African earth by half-starved children, and I cannot see how anyone who uses such machines can have a clear conscience , or claim to be good. Anyway, they don’t work. Charging them is an almost impossible task, and if they ever become truly common, our creaking power grid will collapse under the strain. 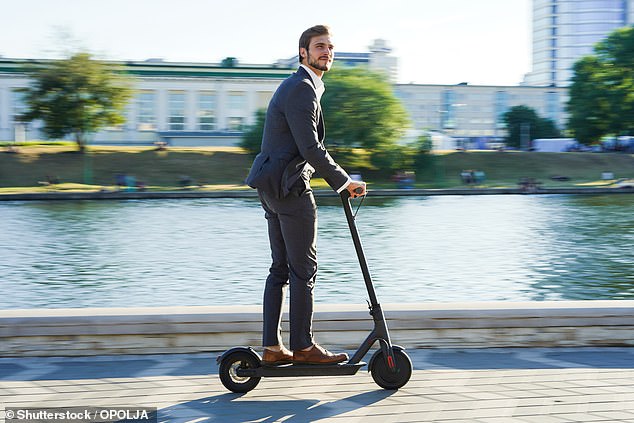 As for e-scooters, now about to be fully licensed, it terrifies me to watch such a huge mistake being made

As for electric bicycles, I am astonished that there is so little protest against these incredibly dangerous unlicensed motorbikes, as heavy as sin and regularly ridden at way above the supposed 15mph speed limit.

I can see why an 80-year-old might need a bit of assistance pedalling uphill. But these things are used by fit young people, who could perfectly well propel themselves. After 40 years of campaigning for cycle lanes segregated from motor vehicles, it pains me to see these things belting along such lanes. 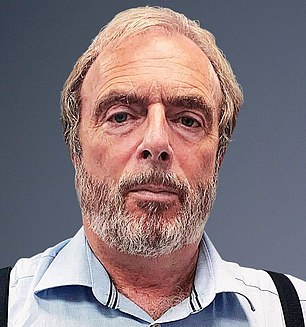 I can see why an 80-year-old might need a bit of assistance pedalling uphill. But these things are used by fit young people, who could perfectly well propel themselves, writes Peter Hitchens (pictured)

As for e-scooters, now about to be fully licensed, it terrifies me to watch such a huge mistake being made. And the pain is made worse by the self-satisfied expressions on the faces of their riders, so often clad in head-to-toe black as they zoom along a pavement near you. Many will either kill themselves or somebody else, as these wobbly toys are inherently unsafe for their riders and the public.

I suspect the Department for Transport hopes that, if they become common, it will provide an excuse to cut bus services. I can think of no other reason why they have fallen so completely for such a bad idea. I have seen plenty of foolish fads before, but never one as daft as this.

The visit by President Biden to Saudi Arabia utterly destroys months of Western propaganda against Russia. We have been invited to think that our hostility towards President Putin was based on our lofty moral disapproval of his regime, its murders of the Kremlin’s enemies, its repressive character and its aggression abroad.

His country is a blood-splattered despotism that recently (just before a visit by our Mr Johnson) executed 81 people. Saudi Arabia – I put this mildly – ​​does not have independent juries, free media or an opposition. It is a political slum. And it has launched a horrible aggression in Yemen, in which Western nations have helped to arm, train and equip its forces.

Mr Biden used to say he wanted to turn Saudi Arabia into a pariah. But now, in an embarrassing paradox, his pseudo-moral posturing over Russia has forced him to toady to the Saudis. He needs them to sell more oil because we won’t buy it from Russia.

This is how it goes. There are no real principles in such things. During the Second World War, the US was far friendlier to the Kremlin than it needed to be, blatantly sucking up to Stalin, while snubbing Churchill. It even put up for years with Stalin’s refusal to join the war against Imperial Japan. So you may be sure that Washington’s policy in Ukraine is nothing to do with democracy, freedom or anything like that. And worries must be growing in the White House and the Pentagon about the war. It is not going very well.

Moscow’s control over gas and oil is hurting many European countries. So is its blockade of Ukraine’s wheat exports. Serious rating of heat and power are on the cards. The West’s military machine turns out not to be as good as it thought. Russia, with its enormous Cold War reserves of shells, may even be able to outgun us, as we have closed many of our arms factories. Nato nations daren’t get directly involved as this could widen the war and even lead to a nuclear exchange.

If Mr Biden can meet the grisly MBS now (even if he tries hard not to seem too friendly), then don’t rule out the possibility of him meeting Putin too, in time. And then all the bombast about evil regimes, appeasement and the rest will be set on one side.

I suppose someone will ask me why I have not written about the Tory leadership contest. Well, why should I? While I have no time for Johnson, it was always obvious that his enemies had no credible alternative to him. Yet they continued with their suicide plan anyway, and it will end with Keir Starmer in Downing Street. If you ask me who is my favorite among the candidates, I will ask you in return: ‘What is your favorite disease?’

How I revived a BBC classic

Some months ago I wrote here about the mysterious disappearance of a classic BBC serial, a dramatisation of Jean-Paul Sartre’s Roads To Freedom.

The production was an extraordinary showcase of British acting talent, including the much-missed Alison Fiske, Rosemary Leach, Georgia Brown, Daniel Massey and Michael Bryant, at the height of their powers. Yet for reasons never explained, it has not been seen since 1977.

Now (I like to think partly because of my efforts) it will be shown on BBC4, starting at 10pm on Wednesday, July 27.