Early in Emily Sander’s career, she attended a leadership meeting that included an acronym-intense presentation by the company’s CFO. “I noticed the person next to me furiously Googling MRR and other terms,” says Sander, a leadership coach and founder of Next Level Coaching.

“I thought, ‘She’s a very bright person who is exceptional at her job, but she doesn’t understand what this person is talking about,’” Sander said.

It was an important reminder that finance leaders need to know their audience when communicating so they can flex how and what they share based on the experience, knowledge level, and interests of the people they’re communicating with.

Because of that, communicating financial and other information within the organization — whether it’s within the finance team, the board, or employees in general — needs to be about more than just sharing the numbers, say finance leaders.

“A good communicator will take the reader along with them and explain why they’re showing this information, what’s important about it, and what you should know about it.” — Jeremy Gresham

“A lot of CFOs will say, ‘Read the balance sheet and income statement so you can see what I’m talking about,’ but you also need to explain the ‘why’ behind it,” says Jeremy Gresham, the former CFO of law firm Levenfeld Pearlstein, who is now the firm’s CEO. “A good communicator will take the reader along with them and explain why they’re showing this information, what’s important about it, and what you should know about it.” 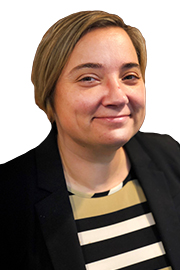 Sherri Moyen, CFO of marketing platform Conductor, adds, “If you don’t explain the ‘why’ behind things, it’s really hard to get people on board.”

She recalls a situation when she argued against a previous employer’s plans to move certain finance roles overseas. After losing that battle, she had to communicate the decision and its impact to her team. “I really struggled with how I was going to present it because I didn’t believe in it,” Moyen says. She decided to be “completely honest” with them, explaining the organization’s reasoning and saying that, while it wasn’t what she wanted, she was on board and would do anything necessary to make it work — and they needed to, also.

Because people outside the finance team don’t always understand financial specifics, Gresham suggests avoiding getting overwhelmed by breaking complex information into chunks that are delivered in a sequence rather than all at once. When he was CFO, the finance team used a multi-step approach when it proposed a new cash balance retirement plan to partners. They started with an information session that defined and explained the concept and outlined why it made sense for the firm and its partners.

“We wanted to get as many questions as possible out the way up front. That way, when it came time to implement the plan and show them what their account looked like, they would already understand what it was, how it worked for them, and why it was a benefit they would want,” he says.

While the ability to communicate effectively is a core competecy for leaders, it’s an acquired skill for some. And not everyone is aware of their communication skill level, especially since communication can take several forms — written, person-to-person, and group presentations. 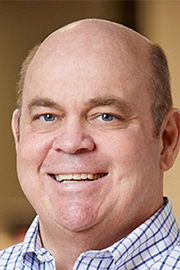 Tom Donnelly, CFO of Datasite, a SaaS provider for the M&A industry, sees email as a trouble spot for some. “You may have a very blunt or wordy style, or people might read ‘tone’ into your messages even though none is there,” he says. Because he describes his email writing style as concise, he’ll follow up verbally to touch base and answer questions when the message is particularly important.

Following up one-on-one is smart, says Sander, especially after making a group presentation. Some people aren’t comfortable saying, “I don’t understand,” in that situation. Continuing the conversation individually later to answer questions not only helps them, it helps you understand how you can improve your messaging.

One clear sign your messages aren’t getting through is repeated resistance that’s preventing progress, says Moyen. “If it’s this difficult, it’s time to pause and figure out why. Then come at it with a different approach,” she says.

Ask for feedback on what and how you’re communicating, too, adds Gresham, so you know where you can improve. That kind of input can also provide a safety net. When Gresham was a CFO, he often ran important communications by the CEO first for feedback before sharing it broadly. Today, he does that with an executive committee member.

It was feedback, in fact, that led Gresham to a communications coach two years ago when he was CFO. “I tended to write things that were long and very detailed and probably included more than what was needed at the time,” he says. Gresham’s coach helped him learn how to focus on the highlights in both written communications and presentations. She challenged him, pushing him to do better, he said. 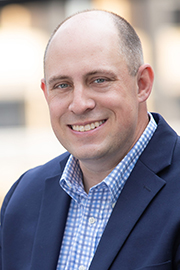 Gresham still consults with his coach on occasion, most recently when writing a five-minute speech for an internal event. “I probably wrote 10 versions of that speech before it was done, and my coach worked with me on both content and delivery,” he says.

While strategies for improving communication skills will vary according to individual preferences, Donnelly recommends working with a mentor who agrees to hold you accountable. He also advises focusing on one goal at a time. “Try not to work on other professional development activities over the course of the year so you can focus on the one that’s top priority,” he says.

When Moyen wanted to improve her skills, she turned to business management books but found them disappointing. She found what she needed in works she categorizes more as self-help, including Sheryl Sandberg’s Lean In: Women, Work, and the Will to Lead.

“It’s shocking to me how much you have to invest in empathy as a CFO so you understand that person’s problem and help them understand yours as well.” — Sherri Moyen

Moyen also believes that one of the best ways to improve communication skills is to cultivate empathy. “It’s shocking to me how much you have to invest in empathy as a CFO so you understand that person’s problem and help them understand yours as well,” she says. But taking the time to truly listen to what others are saying so they know they are part of the process, “even if they may not fully agree with the outcome,” will help build bridges rather than walls, she says.

While leadership coach Sander sees books, coaches, and courses as potential solutions, she says improvement can simply come from knowing your communication style, then observing others and adjusting your approach accordingly. “For example, do people like to have time to think about something on their own? If that’s the case, give them the information they need and time to think about it, then follow up with them later,” she says.

Sander and Moyen find personality tests helpful for that. Moyen and her finance team rely on Gallup’s StrengthsFinder, while Sander is a fan of the DISC Personality Test that breaks communication styles into four categories. “If it were up to me, everyone in the organization would take it and wear a badge with their personality,” Sander says.

Whatever it takes to improve communication skills, just do it, says Donnelly. “I don’t think there’s a more important competency to develop,” he says.