After a two-year hiatus, the Disneyland All-American College Band is back on Main Street, USA The band is comprised of some of the best student musicians nationwide – including UNO senior Fay Porter.

This year is the 50th anniversary of the Disney tradition, which started in 1971. Porter and many of his fellow musicians were invited to join in 2020, but the pandemic put plans on hold and kept them from announcing their news. “Lots of the students have been waiting all this time, and even enrolled back into college just to be in it,” Porter shares. “Fun fact: I [drove] from Omaha to Anaheim!”

Porter is one of only 21 musicians in the band, selected out of hundreds of applicants. He is pursuing a Bachelor of Arts degree in Music, concentrating in Jazz Performance and specializing in the drum set.

The jazz program in UNO’s School of Music was one of the largest factors when Porter initially decided which university to attend. “I would have never even auditioned for [the All-American College Band] if the UNO Jazz bands hadn’t traveled to New Orleans for the Jazz Education Network conference,” he says. “This is one of the biggest jazz conferences, and schools from around the country come every year to play, take lessons and clinics from some of the best musicians in the country.”

Students in the All-American College Band spend eleven weeks in California, performing all around Disneyland Park five times a day, Tuesday through Saturday. The band performs music from popular soundtracks ranging from classics like The Little Mermaid and Aladdin to newer hits like Encanto. 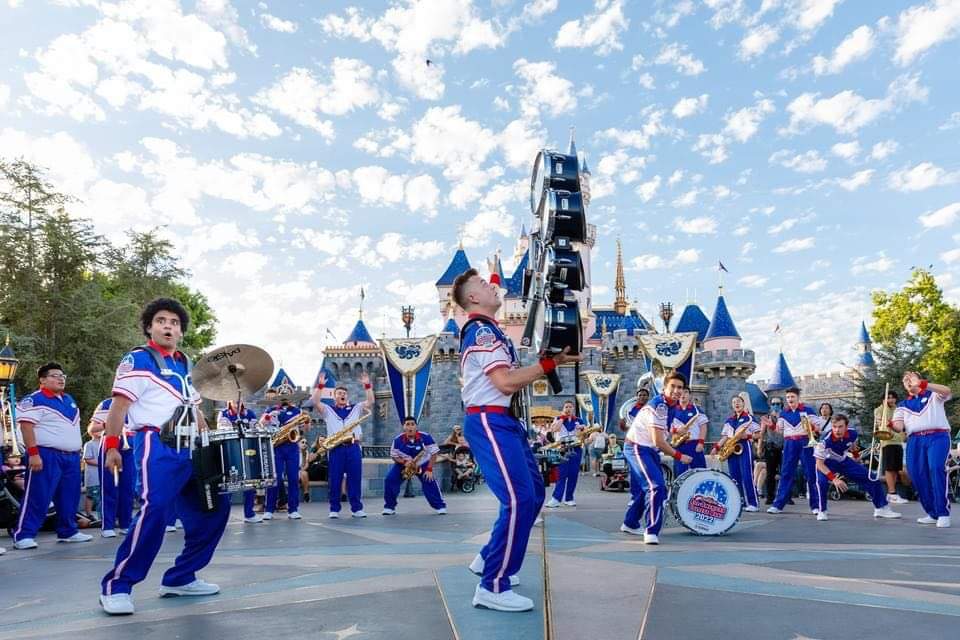 Porter also notes the impact of Pete Madsen, UNO jazz area coordinator. “Dr. Madsen is an amazing educator and makes sure his students receive every opportunity they deserve. Dr. Madsen encouraged me to audition for the band once he found out I was interested. I’m so glad I chose UNO to have the support of Dr. Madsen and the faculty of the UNO School of Music.”

Madsen, who was also a part of the All-American College Band in 1991, says, “I couldn’t be prouder of Fay for being selected for this honor. Fay is the first student in my 22 years at UNO to make the Disney Band. This will be a life-changing experience for him, and I am excited to welcome him back to UNO for his senior year so he can share his experiences and newly-honed skills with the rest of the UNO Jazz Band!”

See the band performing, with Porter as a featured percussionist!

Interested in being a part of the School of Music at UNO? Get in touch with advisor Adam Hilt at ahilt@unomaha.edu.