Looking for a new energy system for living off the beaten path? New ‘Power Kits’ from EcoFlow offer customization and (supposedly) easy setup.

A company specializing in portable, renewable energy has announced a new way of powering vehicles for life on the road — or off the grid.

EcoFlow, known for its portable lithium-ion power banks, claims that its new Power Kits allow for relatively simple installation and empower users to customize the kits for their own particular needs. The system could help RV full-timers, those who live off grid, or even anyone “retrofitting their workshop,” the company said in a news release.

EcoFlow Power Kit: How It Works

The EcoFlow Power Kit starts with two basic modules: the EcoFlow Power Hub, which is the central node for all inputs and outputs, and up to three of the company’s rechargeable 2KWh (kilowatt-hour) or 5KWh batteries. 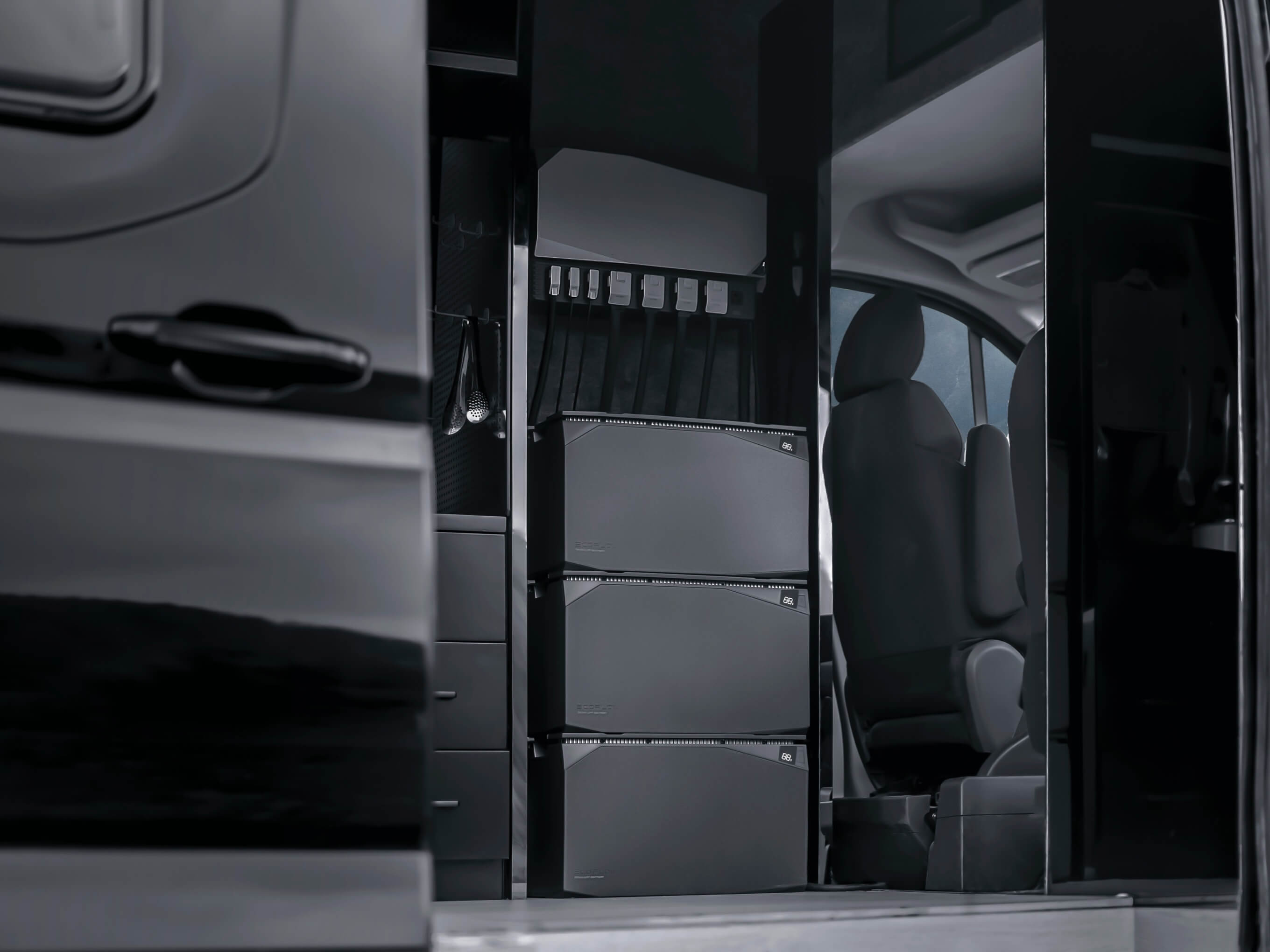 Users first connect the LFP (lithium iron phosphate) batteries to the hub. Together, the system offers a base capacity of 2 KWh. However, they can expand that power up to 15 KWh by adding batteries. The company said that 15 KWh is enough to power an RV for 18 hours or an off-grid house for up to 14 hours.

For added control, users can level up the kits with an AC/DC Smart Distribution Panel. The fused panel connects up to six home or RV AC circuits and up to 12 DC circuits. 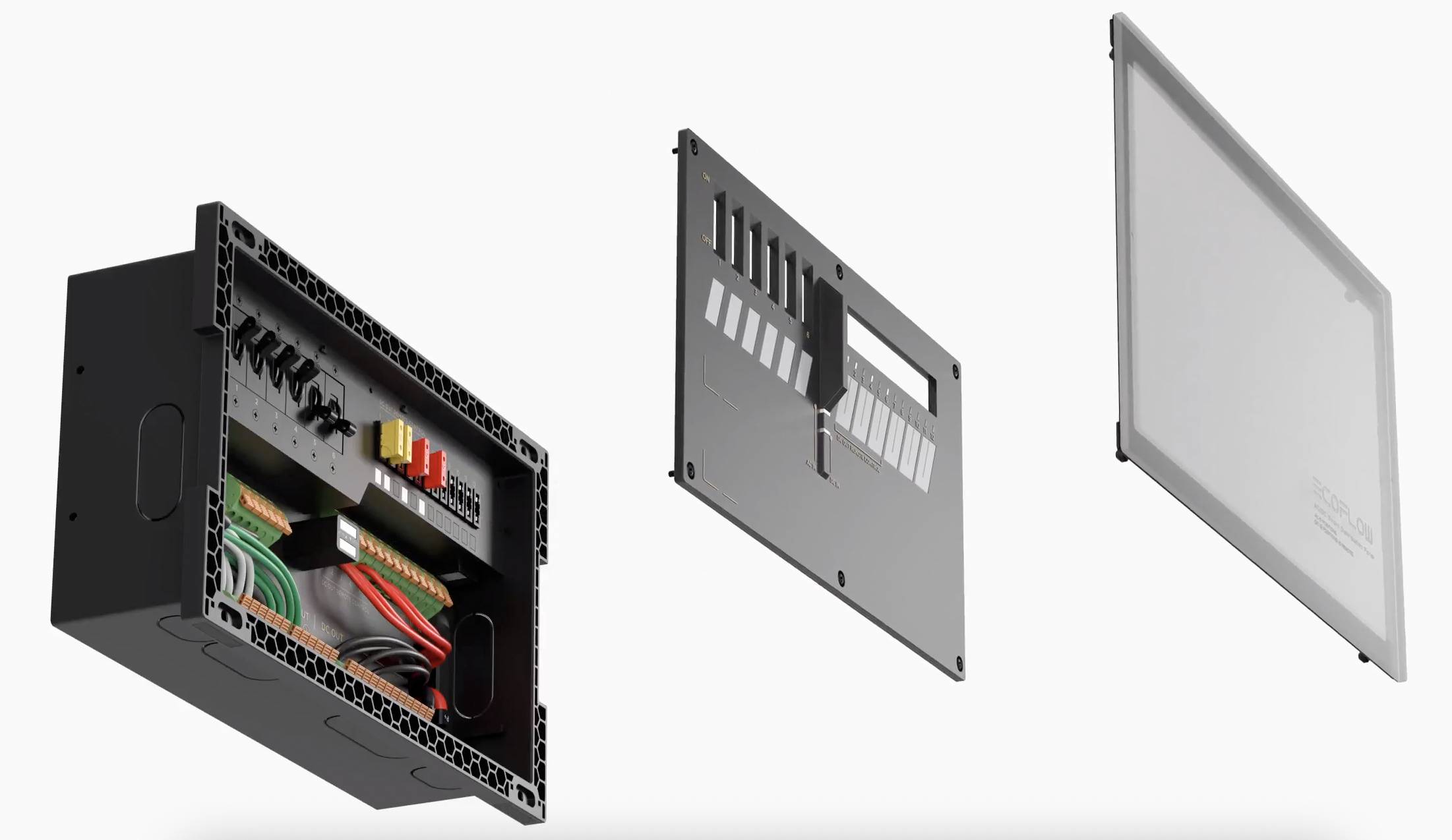 As soon as you decide where to wire in outlets around your space, you can then monitor the power consumption of all the circuits via an optional extra console or a mobile app. 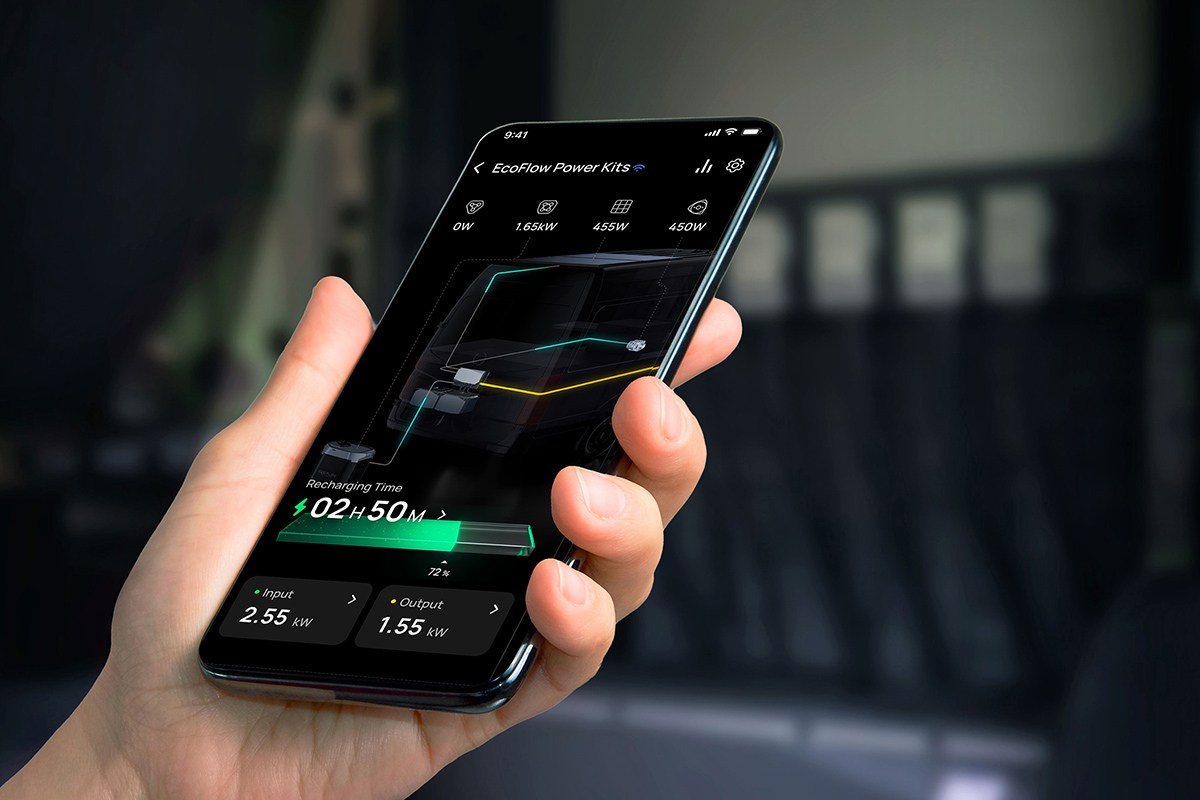 It’s also possible to bundle the kits with three types of solar panels from EcoFlow. Pairing them means 4,800 W of solar input, which can charge the system to its 15KWh capacity in roughly 3 hours. Finally, the optional Power Kit Console (touchscreen control panel) gives you the most control over the system.

Based on internal testing, EcoFlow claims that its installation process works up to three times faster than the industry average of 10-15 hours. That’s mainly because the kits only have four modules, excluding the solar panels, and fewer wires.

In addition to solar panels, Power Kits can run off alternators, shore power, the grid, and traditional generators. For an in-house option, they also work with the company’s own Smart Generator.

Using a 48V system (rather than a more conventional 12V system) improves safety and efficiency because it can deliver the same high-power needs at lower amps. A 48V system channels substantially less current than a 12V system does, so you can use narrower cabling and series connections as opposed to double connections. At the same time, the higher-voltage system still lets users power heavy-duty appliances like water heaters and air conditioners. 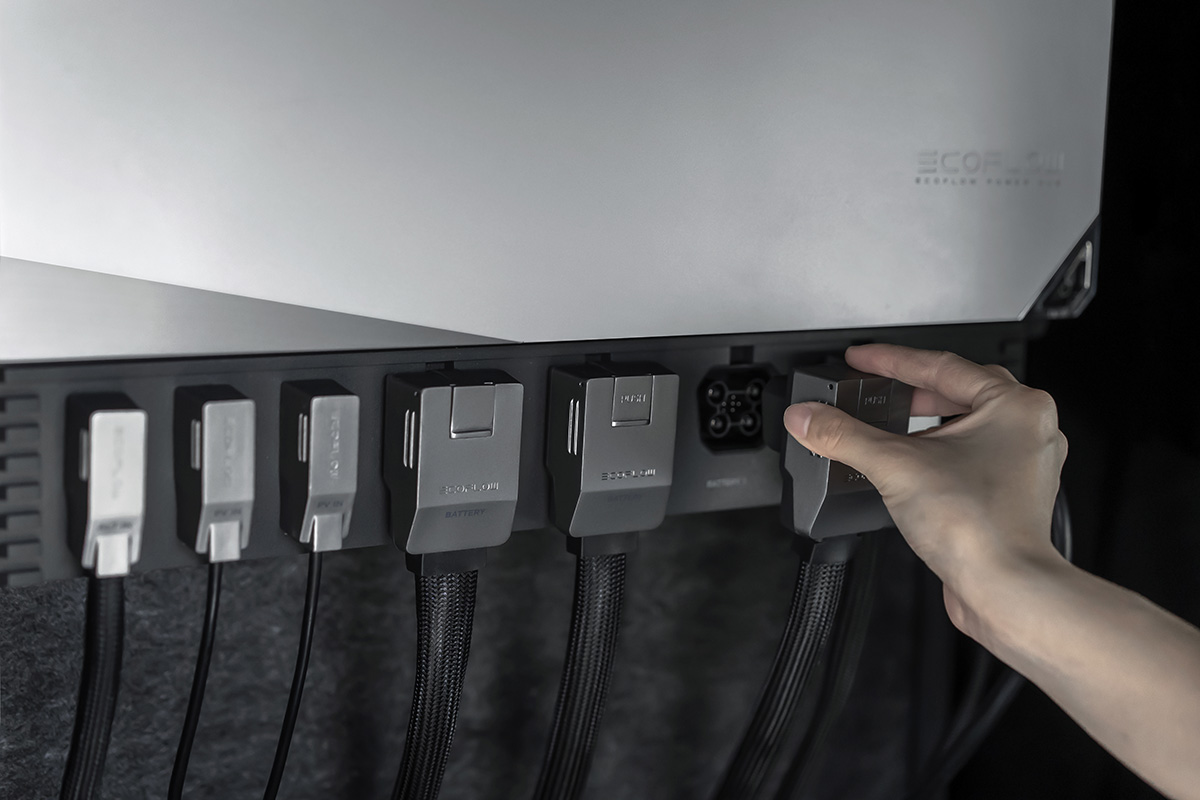 EcoFlow Power Kits come in three different packages: the Get Set Kit, the Premium Kit, and the Ultimate Kit.

With the first one, users get the EcoFlow Power Hub and LFP batteries to meet basic power needs. The Premium Kit adds the AC/DC Smart Distribution Panel to let users connect and monitor multiple circuits.

Lastly, for the most extensive power needs, the Ultimate Kit comes with the Power Kit Console and EcoFlow Smart Generator.

If you’re interested in Power Kits but aren’t sure which battery stack to order or what power supply option is best, or if you have other questions, you can find answers with EcoFlow’s Power Calculator.