Edu’s network of communication proved invaluable in Arsenal signing Gabriel Jesus as they ended up late interest from Chelsea, Barcelona and PSG… while the striker liked the idea of ​​working with Mikel Arteta again

By Matt Barlow and Josue Seixas For The Daily Mail

When Edu worked as a general co-ordinator of the Brazil national team, one of his key roles was to liaise with the agents and families of the players to make sure they had everything they needed, such as tickets and travel credentials.

He came to know them well during his three-year stint, building on relationships established in his time as sporting director of Corinthians. This network of communication proved invaluable as Arsenal stole a march on their rivals in the race to sign Gabriel Jesus.

Edu was aware Jesus had tried to leave Manchester City before in search of regular football. Pep Guardiola convinced him to stay in the past but this year he understood his wish to move on, and agreed to sanction his exit.

The agents had been in dialogue with Arsenal for three months, regularly shuttling between London and Sao Paulo.

Their relationship with Edu was the key, and Jesus became certain this was the best move for his career, enabling them to ride out the storm when there was a late flurry of interest from Chelsea, Barcelona and Paris Saint-Germain.

Jesus liked the project that Mikel Arteta presented — they worked together at City and he wanted to do so again. He was sold, too, on the idea of ​​inheriting the No 9 shirt and leading the attack. 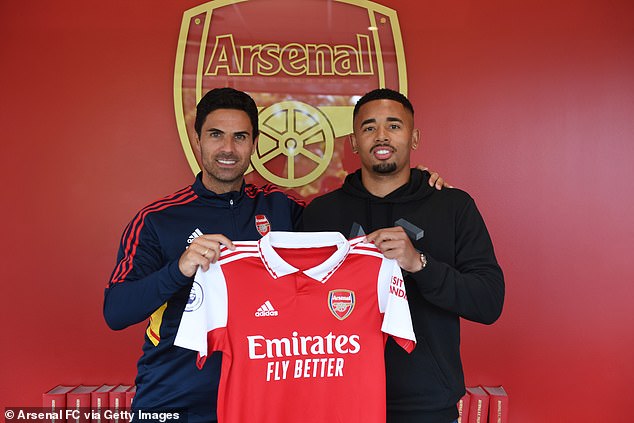 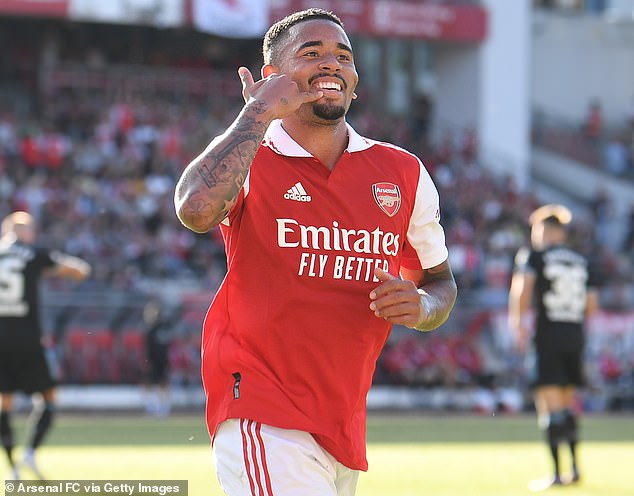 With the World Cup fast approaching he was also keen to stay in the Premier League, rather than spending time adapting to a new style of football and a new country. It has all fallen into place for the 25-year-old Brazilian, who scored twice as Arsenal defeated Nurenberg 5-3 in a pre-season friendly on Friday.

Jesus always dreamed of becoming a father and his first child, daughter Helena, was born in May, soon after he won the Premier League title for the fourth time with City.

With the World Cup to come, it could be quite a year.