An excessive number of climbers, high temperatures, and poor communications leading to rumors and misinformation whenever anything goes wrong are creating a dangerous mix in the Karakoram. The omens are especially worrisome on Pakistan’s biggest prize, K2. Here, many teams cluster around a single challenging route.

Garrett Madison told Explorersweb that no one is climbing the alternative Cesen route. With 400 permits issued for K2 (according to Alan Arnette), crowding is a real danger. Continued high temperatures increase the hazards, as we saw on Nanga Parbat, with falling rock and ice. Water running down the slopes because of the heat also destabilized the route.

Communications are particularly difficult this year. Cell phone coverage has always been spotty. We can sometimes reach climbers in Nanga Parbat’s Base Camp. Elsewhere in the Karakoram, Broad Peak’s Camp 1, K2’s Camp 2, the Gilkey Memorial, and midway between K2 and Broad Peak’s Base Camps have limited coverage. Beyond that, very little.

In addition, several teams have reported that even satellite phones are not working well this summer.

Most climbers currently on K2 have returned to Base Camp after acclimatizing at Camp 2.

Furtenbach Adventures has updated the situation on Broad Peak, but some aspects remain confusing. Their team members are all back in Base Camp. They have also confirmed that tragedy struck before anyone summited.

“Our team started from C3 in the night, fixing the rope to the summit ridge,” Furtenbach Adventures explained. “Climbers from other teams followed.”

Shortly before the summit, a Pakistani climber from a different team fell through a cornice on the summit ridge. This tragedy halted the summit push for everyone. 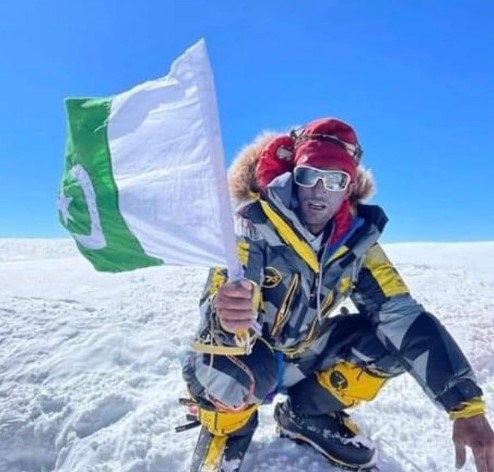 The fallen climber turned out to be Sharif Sadpara, an experienced high-altitude porter. Sources in Base Camp reported yesterday that he had died in the fall. Yet local media 24News HD surmised that the climber was simply “missing” after “falling into a ditch”, and that a rescue was expected. The outlet quoted two other high-altitude porters working with Sadpara that they tried to help him “but failed”. They also cited the wrong altitude (7,000 feet, they said).

Later messages on social media have requested help from potential rescuers in the area, adding to the confusion. There is little to do but wait for clearer testimonies from climbers who were also on Broad Peak.

Denis Urubko is ready to launch a fast summit push up Gasherbrum II “in the next few days”, his social media team reported. There were no further details.

Leo Slemett posted on Instagram that his partner, Mathieu Maynadier, did a complete ski descent down Diran Peak (7,266m). Slemett himself took part in the summit push but turned around at 6,940m. 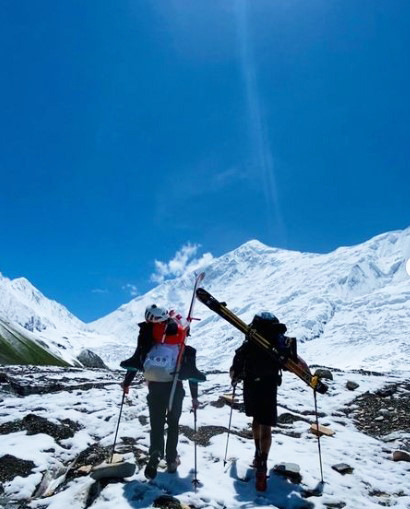