With blistering summer temperature around much of Europe, it may be hard to convince people to think about heat pumps. But a push for more renewable energy plus the ongoing war in Ukraine and the curtailing of Russian gas and oil means there has hardly been a more pressing time.

A heat pump is a system that moves around thermal energy. There are a number of different types of devices based on what they use, including exhaust air, ground and water.

Ground-source heat pump equipment taps into the nearly constant temperature below the soil’s surface. These geothermal heat pumps draw heat into a building in winter and remove warm air in summer, acting like an air-conditioner. This type of system uses a network of water-filled pipes that are either laid horizontally a few feet underground or pipes drilled vertically much deeper into the Earth’s core.

Advocates say the systems can be used nearly anywhere and are cheaper to run than other heating and air-conditioning systems like boilers, furnaces and electric radiators. As energy costs skyrocket they are a way to access energy locally. Most important for many customers, heat pumps run on electricity and not gas or oil.

Heat pumps made in Germany

The heating and air-conditioning manufacturer Viessmann is showing the way. It is one of the market leaders in Germany. At the beginning of May when the company presented its annual earnings report, it announced that it would €1 billion ($1.05 billion) more in the production of heat pumps.

The company, which has 13,000 employees worldwide, recorded a 41% increase in sales in the heat pump sector in the past financial year, while total sales grew by just 21% to €3.4 billion.

These figures are a reflection of a swing toward electric heat pump technology. Not least because of large subsides from the federal government to support the technology. Originally these subsides were designed to reduce emissions of climate-damaging CO2. Now increasing energy costs have put these incentives in the national spotlight.

The initial outlay for heat pumps

Heat pumps are significantly more expensive than gas or oil heaters because their technology and design are more complex. Installation is also more complex and takes longer. Many components are located outside of buildings. The buildings themselves must be well insulated. Underfloor heating systems or extra-large radiators make a heat pump more efficient.

“In almost all cases, the conversion goes hand in hand with structural changes and often with a more energy-efficient renovation of the entire building,” Thomas Auer, a professor of building technology and climate-friendly construction at the Technical University of Munich, told DW. 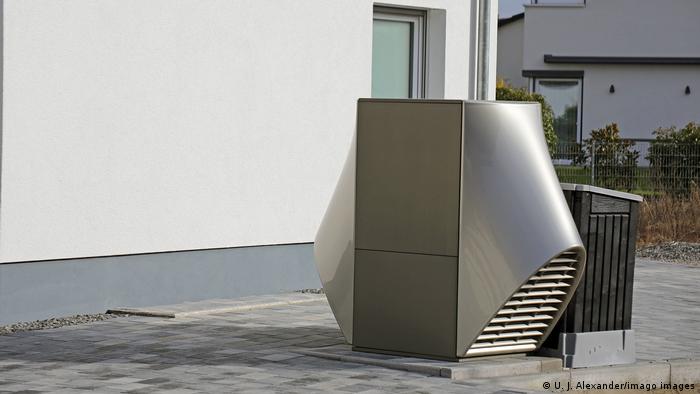 The necessary investments can quickly run into the tens of thousands of euros. The state covers up to 35% of the installation costs in old buildings, and 45% if an oil burner is replaced. Most of the costs for a professional energy check are also reimbursed.

With suchs in place it is no incentive mystery why demand for heat pumps is growing. This has led to long wait times for an energy consultation or for workers to come and install a system. The sector, like many others, is facing a labor shortage, supply chain problems and sudden price hikes.

The war in Ukraine is making oil and gas unpalatable

The Russian war in Ukraine and the price of fossil fuels is another reason for increased pressure to move away from oil and gas for heating. But can electric-powered heat pumps solve acute energy problems?

“There is a very simple answer: Heat pumps can completely replace today’s heating technologies, when you take into consideration hybrid heat pumps that combine gas and electricity,” according to Thomas Nowak from the Brussels-based European Heat Pump Association, which says it represents the majority of the European heat pump industry.

Heat pumps are one of the key building blocks for the energy transition and for making the building sector climate-neutral, Christian Stolte from the German Energy Agency (dena) told DW. “Heat pumps use renewable energy and can generate three to four units of heat from one unit of electricity,” he said. 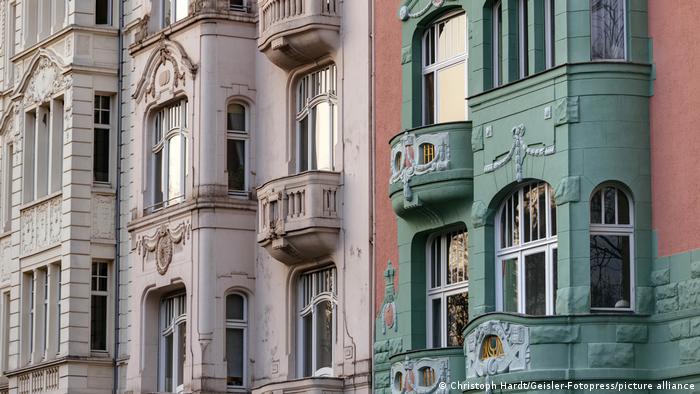 Taking the long view and quickening the pace

Of the many million heating devices in German buildings, just over a million are heat pumps compared with more than 19 million gas and oil systems. To meet current climate targets, 4.5-6 million heat pumps would be needed by 2030. The German government has set a goal of 6 million. That is indeed a tall order. In the past 10 years, only 880,000 heat pumps were installed in the country according to the federal statistics agency Statista.

“In 2021, 154,000 heat pumps were installed. That is at least 28% more than in the previous year. This pace must pick up,” said Stolte. Still even the massive increase in the number of heat pumps will not be able to make up for the high proportion of gas and oil heating in buildings in the short term.

Energy expert Manuel Frondel from the Essen-based RWI-Leibniz Institute for Economic Research agrees. “In the short term, heat pumps are not a solution to making us less dependent on Russian gas and oil,” he told DW.

In new construction, heat pumps are the most frequently used heating technology in Germany, well ahead of oil or natural gas heating systems. But new buildings represent only a small part of the country’s approximately 20 million residential buildings. In older buildings, retrofitting heat pumps is an expensive solution, both in terms of initial investment and operating costs. 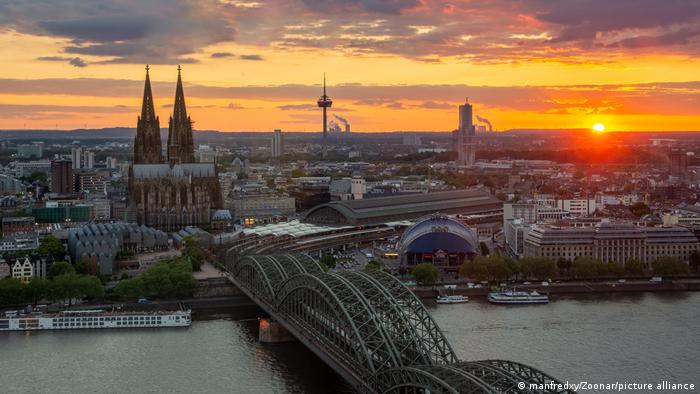 Currently, most buildings in Germany are heated using oil or gas

Even the massive government subsides do not change that, according to Frondel, who heads the Environment and Resources department at RWI. He calculates that if 2 million heat pumps were subsidized for older buildings by 2024, it would cost the government at least €42 billion. “Such a sum cannot be justified by anything, especially not with climate protection arguments,” he said.

Keeping out the cold with better insulation

To make matters worse, there is no guarantee that homes with subpar insulation will actually get sufficient heat from a heat pump. “Experienced heating engineers therefore advise against installing a heat pump in poorly insulated houses, and rightly so,” said Frondel. This lack of efficiency means buildings may have to keep their traditional heating system in addition to any new heat pump.

“For every single household, switching to a heat pump is, of course, a big step forward in terms of independence from natural gas,” Jens Schubert, an energy expert at the German Environment Agency (UBA), told DW.

Using more renewableenergies to heat and implementing more measures to make energy-efficient buildings should be encouraged now even though they will only have an effect in the medium term, he argues. Until then, customers will have to wait in line to get their heating systems updated and can expect a big installation bill afterward.

Part of this article was originally published in German.