According to Science and Technology Daily, the official newspaper of the Ministry of Science and Technology in China, “Several cases of possible technological traces and extraterrestrial civilizations from outside the Earth” have been reported. These reports surfaced after scans of deep space revealed the presence of unexplained radio signals, which may be indicative of extraterrestrial life. The data appeared in 2019, and researchers started interpreting it in 2020.

Here’s what you need to know about potential reports of alien communication.

Take It With a Grain of Salt

Before stocking the bunker in preparation for an alien invasion, scientists warn we need a little healthy skepticism. After all, the strange signals discovered echoing through space were produced by narrow-band radio waves. These waves are used by human satellites and aircraft, which means they may or may not represent signs of extraterrestrial life.

Zhang Tongjie, the head scientist at Beijing Normal University’s China Extraterrestrial Civilization Research Group, explains, “These … several narrow-band radio waves … could have been produced by alien technology. However, the scientists say their findings are preliminary and should be taken with caution until the analysis is complete” (via Newsweek).

If this story sounds familiar, you’re on to something. It’s the basic premise of 1997’s Contact, starring Jodie Foster and Matthew McConaughy. And the receipt of unidentified space signals doesn’t fall within the purview of sci-fi — it also has a historical precedent.

The captured signals by Chinese scientists hearken back to another group of radio waves discovered by researchers in 1977. In August of that year, the Search for Extraterrestrial Intelligence (SETI) used Ohio State University’s Big Ear telescope to pick up electromagnetic bursts characterized as amazingly robust and lasting for a minute. Scientists hypothesized the signals maintained a pattern potentially usable by aliens for communication.

After spotting the waves on a data printout, a researcher at the site, Jerry Ehrman, circled it, scrawling the word “Wow!” in red ink. This candid response would lend the wave event its ultimate name. To this day, the so-called Wow! signal’s source remains a mystery. Some have suggested a comet naturally generated the interstellar noise. But the verdict remains out, per EarthSky. 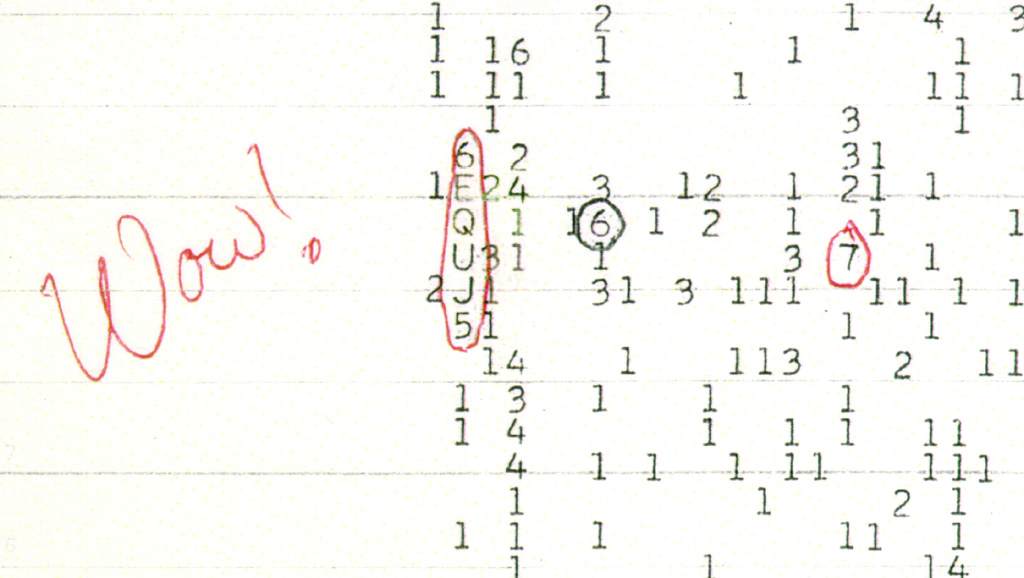 Human radio interference has greatly affected researchers on the hunt for aliens in recent years. For example, a group of astronomers got excited in 2019 after spotting what they believed to be a signal beamed to Earth from the nearest star system, Proxima Centauri. Located approximately 4.2 lightyears away, scientists had already identified it as the potential site for a habitable planet.

But two years of research and reflection made scientists change their tune. Now they attribute the signal to malfunctioning human equipment. Although a less-exciting conclusion, it also proved comforting for people still unprepared for a potential interplanetary visitation.

Other debunked radio signals between 2011 and 2014 led to an even less climactic outcome. After careful analysis, researchers discovered the alleged “calls” came from microwaves used by hungry researchers to warm up their lunches. Oops!

Worrying about the next visit from Spock, the Grays, or whatever we’re calling them these days likely doesn’t need to rank at the top of your list. Rather than gearing up for the real-life version of War of the Worldsyou’d probably do better to prepare for a Terminator-style scenario. At least, that’s what another trending story indicates.

Blake Lemoine, a senior software engineer at Google, is facing suspension after releasing information that one of Google’s AI programs has become sentient. Known as the Language Model for Dialogue Applications (LaMDA), Lemoine has released transcripts of his conversations with the artificial intelligence that have some people questioning what sentience is and where it starts. Check out this interview with LaMDA about its potential sentience here while we wait for more answers on the alleged alien radio waves.

EXPLORE THE ODD IN PERSON!

Discover hundreds of strange and unusual artifacts and get hands-on with unbelievable interactives when you visit a Ripley’s Odditorium!

FIND AN ATTRACTION NEAR YOU

by Ripley’s Believe It or Not!